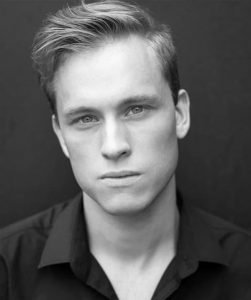 Ben graduated in July 2014 from Mountview Academy of Theatre Arts on the Musical Theatre Course.  He is currently a Singing Teacher for Performing Arts and also a Workshop Leader for TIE. This involves various themed workshops, character in role work and also Directing. Singing has always been his main passion teaching a variety of styles, including Musical Theatre, Pop and Jazz. Ben is a working Actor having worked in Theatre and TV his most recent work has been filming for ‘Doctors’ on BBC One, playing Ben Priest and performing in ‘The Forest of Enchantment’ a New Musical in Disneyland Paris as a Lead Singer. Ben enjoys working for Reflect Productions because it’s a environment where young people can explore, create, build confidence and most importantly have fun!